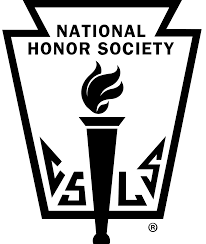 The National Honor Society (NHS) elevates a school’s commitment to the values of scholarship, service, leadership, and character. These four pillars have been associated with membership in the organization since its inception in 1921. Learn more about these four pillars of membership here.

Today, it is estimated that more than one million students participate in NHS activities. NHS chapters are found in all 50 states, US Territories, Canada, and around the world. Chapter membership not only recognizes students for their accomplishments, but challenges them to develop further through active involvement in school activities and community service.

As such, NHS chapters and students are in schools that care not only about student achievement, but also community engagement.

NHS students and their peers volunteer in their communities at the highest rates and make connecting with and serving within the community a priority. The average chapter contributes:

The National Association of Secondary School Principals (NASSP) officially established NHS in 1921. Though many local and regional honor societies existed prior to 1921, no nationwide organization had been founded. Under the leadership of Dr. Edward Rynearson, principal of the Fifth Avenue High School in Pittsburgh, the organization grew from the original Alpha Chapter at the Fifth Avenue School to more than 1,000 chapters by 1930. Equipped with a constitution, an emblem and motto, and a group of dedicated principals as coordinators, the new NHS organization quickly developed into one of the country’s leading educational groups.

Invitations are sent out in January to students being invited to join NHS. If you have any questions, please feel free to contact Mrs. Martin @ 870-673-3561 Ext. 5012 or by email @ mmartin@stuttgartschools.org.